It was just a few days before turkey season opened and I hadn’t heard a gobble yet from the strut zones and ridges where I usually hear them. That’s unusual and a bit discouraging to a turkey hunter because we live for the gobble.

But this bad boy showed up twice on my trail camera in a strut zone.  Maybe he doesn’t gobble much or maybe I haven’t been around when he gobbles.  Anyway, getting him on the camera did a lot to boost my confidence.  At least I know he’s around and need to watch out for a silent tom sneaking in when I set up to hunt. That’s why I love trail cameras.  I wouldn’t have know he was around without them because there wasn’t one track, feather or dropping in that strut zone.

Getting him on the camera doesn’t guarantee a successful hunt but it boosts my confidence and gives me a little more info about him and that’s enough to keep me in the game. 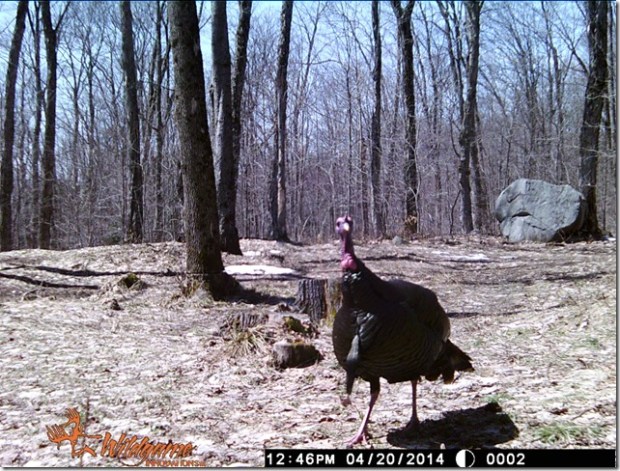 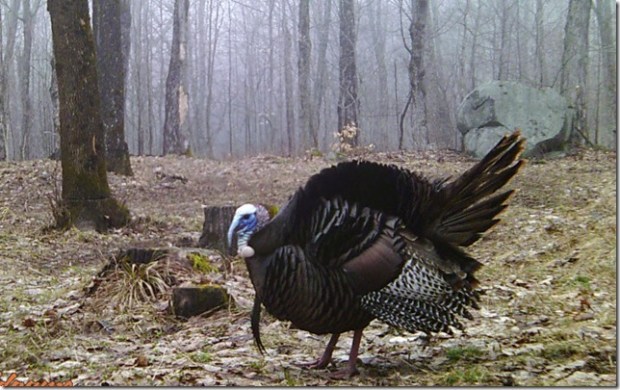 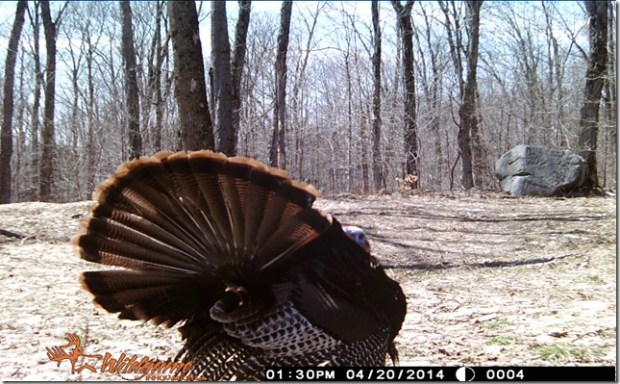