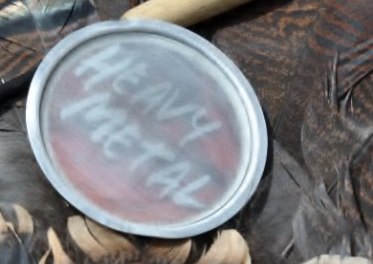 To me the long and short of a good spring turkey season means getting a long beard and a short beard turkey.  The short beard jake makes the best table fare and  an adult tom makes for a challenging hunt. 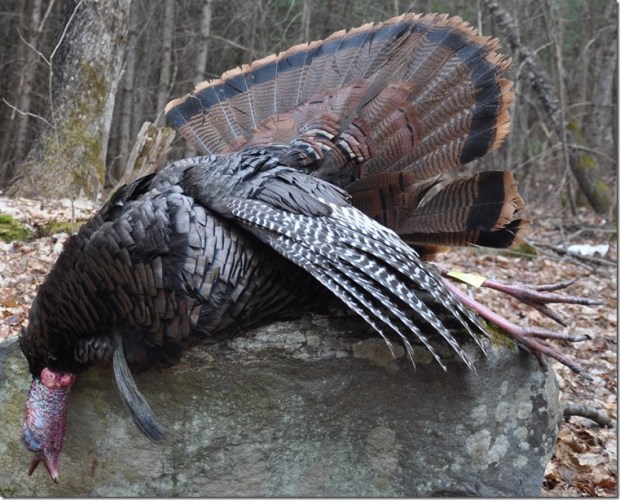 On opening morning I hadn’t been sitting at my spot in the woods for more than five minutes when I heard a distant gobble.  I gave two clucks on my pot call and he was on his way.  It doesn’t get any better than that. A half hour into the season and I had a tom strutting his way to me.

I had him in the clear at forty five yards and knew I kill him at that range but I would put a few pellets in the meat so I decided to work him in closer. I can’t help it.  Its the way I am.  I don’t like a shot up turkey breast.

He dodged behind a blow down tree and came to twenty yards, always staying out of sight behind the tree.  Four times he popped his head up over the tree trunk for a millisecond but never long enough for me to get the gun on him. He was starting to figure out that something wasn’t right.  There was no hen where he should be seeing one.

I clucked on my mouth call. He put his head up in a different place.  I clucked again and swung to gun to him but he went periscope down as soon as I moved the gun. Then he putted and walked away behind the tree.

I thought about standing up to take a shot at him running but that’s not the way I like to do do it. He was only suspicious, not badly spooked, and I was sure I would be able to call him in again.

The next afternoon I called in two jakes and picked out the biggest one.  His buddy hung around after the shot and would have made an easy double if I was allowed two in one day or had a buddy with me.

I went back a few mornings later to try that suspicious tom again.  He gobbled right away to my call but I heard a hen yelping too.  They were across the road where I couldn’t hunt.

The hen and tom got together so I tried to challenge the hen with excited cutting and yelping to push her dominance button to make her cross the road to me.  She called me a lot of bad names. Then, together they walked off out of my life.

But before the first week of the season was over I had two more toms coming in together.  One did all the gobbling and the other tom yelped in response to my calls.  I guess they had worked out that arrangement. The yelper came to within twenty yards and stopped to stare at me.  I was sure he would see something he didn’t like and give the alarm.  Finally his buddy, who was slower than a snail with a limp because he had to stop to strut and gobble, came  into view at twenty yards.

I got the gun on him, touched the trigger and my season was over.  His buddy hung around to watch him flop another providing another good chance to double.

What makes a good season?  A jake and tom in the freezer before the black flies and mosquitoes are out. That’s the long and the short of it.

Now onto the water for some great spring lake trout fishing.