While turkey hunting this spring, I found three separate deer carcasses.  Winter was hard on wildlife but amazingly I didn’t find one winter killed turkey.  They are tough birds, adept at surviving a long cold winter.

I found this deer carcass just after snow melt.  It was still frozen, intact and whole, though dried out and shriveled.  The whole deer was like jerky.  No scavengers had found it yet because wolves were not in my area all winter.  So I set my trail camera on it to see what would come along. 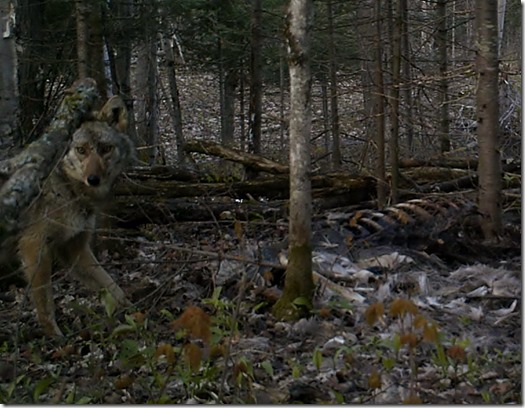 This spring wolf was my first customer.  He was nervous about the camera which was six feet from the carcass, so he dragged the carcass ten feet away then started chowing down.  The wolf returned twice a day for eight days and ate most of the deer.

But other scavengers got their chance too.  A turkey vulture got hold of up some scraps .In this picture it is holding a scrap with its feet and pulling it apart with its beak. 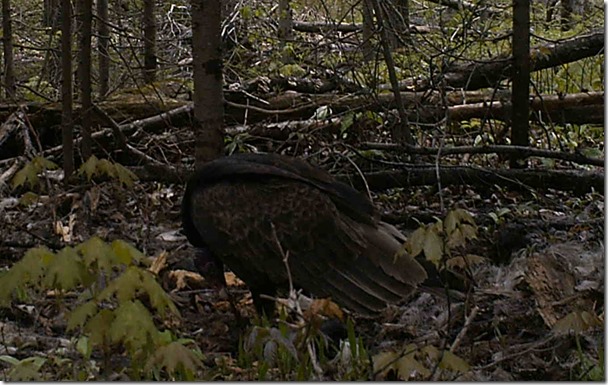 The vulture probably found the carcass  by watching the wolf go to it.  I don’t think it would have found it otherwise because the deer died in a dense clump of evergreens and would not have been visible from the air. The turkey vulture is some ugly bird as the picture below shows,  but it has it’s place in the ecosystem. 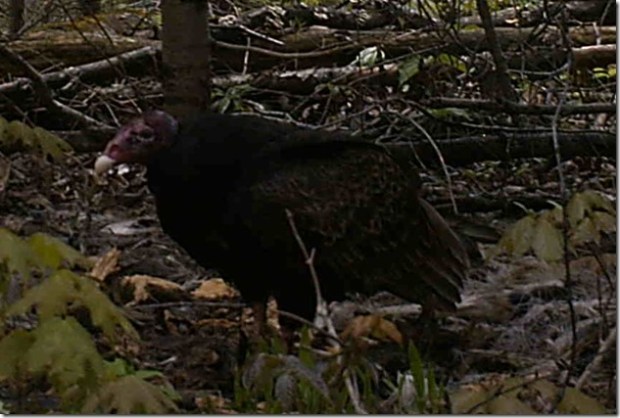 This  creature came by too and made off with a something to scarf down.  I can’t tell if this is a large red fox with mange or a reddish coyote with mange.  Or is it El Chupcabra?  LOL.  Whatever it was, he didn’t want to stick around because of all the wolf scent. He ran off with a blackened scrap. 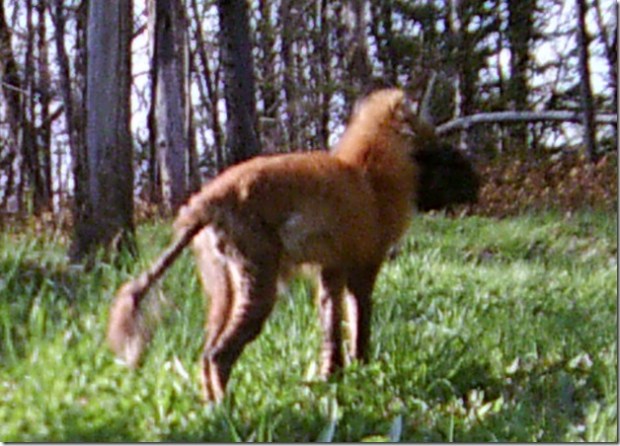 Its a little sad to find a winter killed deer in the spring because it speaks of the hunger and hardship deer face in the winter.  I know its the cycle of like and nothing is wasted because other animals scavenge the carcass. But I’d rather see white tails bouncing away through the woods while turkey hunting, in the spring, than find scattered deer hair and bones. 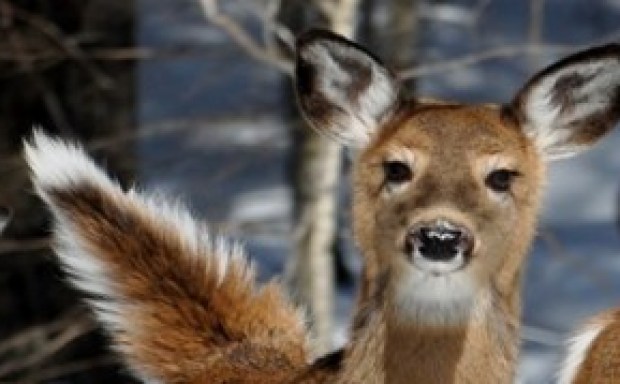