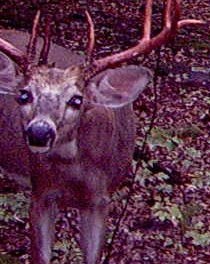 A white tail buck likes to get a tree between its tines and shred some bark with the burrs at the base of its antlers.

But this buck rubs trail cameras as well as trees.  After my camera took his picture he put his three brow tines to the camera leaving deep gouges in the front of it.  Then with his antlers he pushed it around to the other side of the tree and dragged it down to the ground.  If he could have got it off the tree I’m sure he would have stomped it with his hooves too.  I guess he was camera shy. 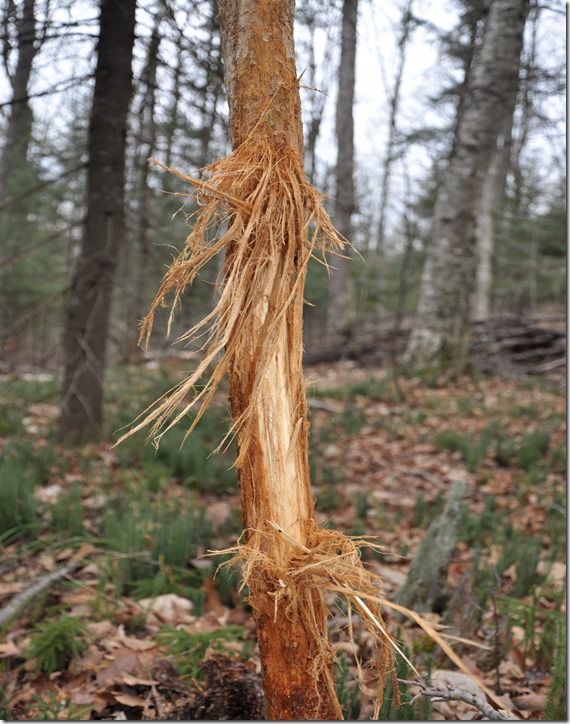 Unlike a boastful spring gobbler, a whitetail buck doesn’t call much to announce his presence, but it will leave rubs on trees and scrapes on the ground that prove he is around.

To sort out the mysteries of white tail rubbing and scraping behaviour and gather valuable intel for your next hunt, check out my article at the link below to improve your chances of success next deer season.