Take a little break from all things turkey to enjoy the next best thing.  Deer Hunting. 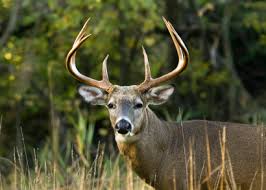 Respected as a challenging quarry, good on the grill and a cherished trophy too; the whitetail buck is the most important game animal in North America.  More hunters pursue it than any other species.  Whitetail fever drives whole industries.  Gun makers, bow makers, clothing and call makers all have full lines of whitetail gear.  Hook and bullet magazines, adorn their November covers with photos of awesome bucks and devote major space to features on tagging a wall hanger buck.

More hunter days are spent afield chasing whitetail bucks than all other species.  They’re our favourite game because we don’t have to go far to hunt them.  They’ve adapted to living close to humans but remain hard to hunt successfully.  While, nearly anybody can hunt whitetail bucks,  a low percentage of hunters succeed.  A mature buck is the Houdini of the animal kingdom. It’s right at home in our rural and semi rural neighbour hoods leaving rubs, scrapes, tracks and droppings in plain sight. Yet it seldom offers a glimpse of itself, never mind a clear shot, to the pumpkin army of deer season. Their survival rate is astonishing considering the number of hunters in the woods after them.

Only a few gifted and dedicated hunters put a heavily racked buck on the ground year after year.  But thousands anticipate deer season and head into the woods hoping to see tall tines and massive main beams crowning a regal head – the buck of a lifetime. 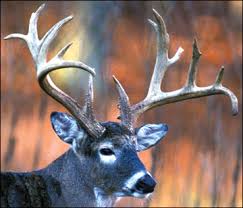