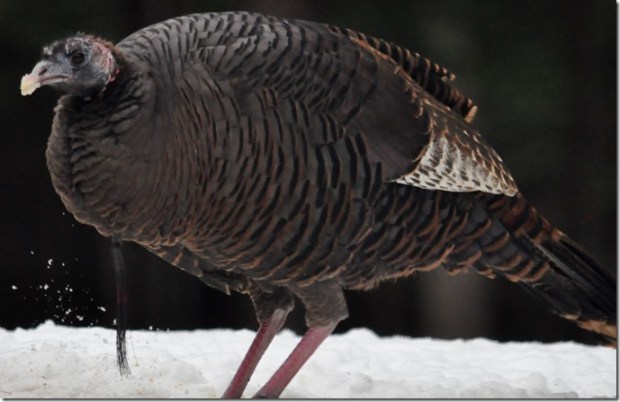 Bearded ladies are usually in a side show at the carnival but this bearded gal was in a flock  of ten hens and poults.  She was the only one with a beard.  That ratio is about standard for the occurrence of bearded hens. About ten to fifteen precent will have beards but in some areas the percent could be higher. So, a bearded hen is not all that rare, but is still a curiosity and quite interesting to see. Now, a double bearded hen – that is a rarity

A hen’s beard is seldom as full or as long as a tom’s beard.  This one, about six inches long, is as thin as a boot lace compared to the ropes that some toms sport.

She is not the boss hen in her flock, just one of the gals. Nor is she picked on by her flock mates for being different.  A bearded hen will mate, lay eggs and raise poults successfully like any other hen. 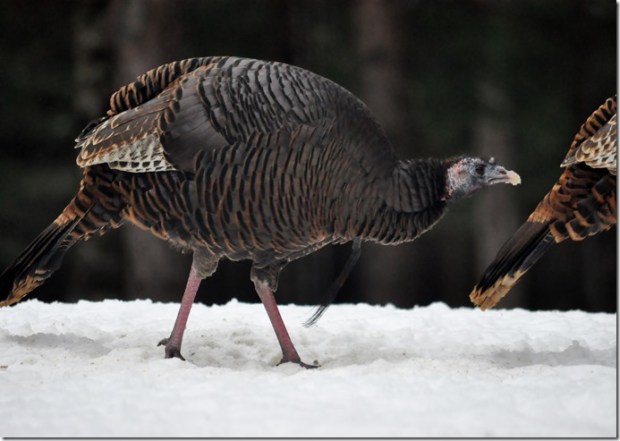 In some jurisdictions it is legal to shoot a bearded hen in the spring hunt for toms. But, I would let her walk in the spring because she will mate and produce ten or eleven poults like any other hen.  Its would be easy to identify her as a hen because her head would be grey rather than red, white and blue like a tom or jake. Also she wouldn’t have the large caruncles and drooping snood of a tom. While some hens will gobble and fan their tails, they do it to express dominance in the flock rather than for mating. So if you are conservation minded and see what looks like a small  tom with a scraggly beard in a flock of hens, make sure you see the red white and blue head before you pull the trigger. 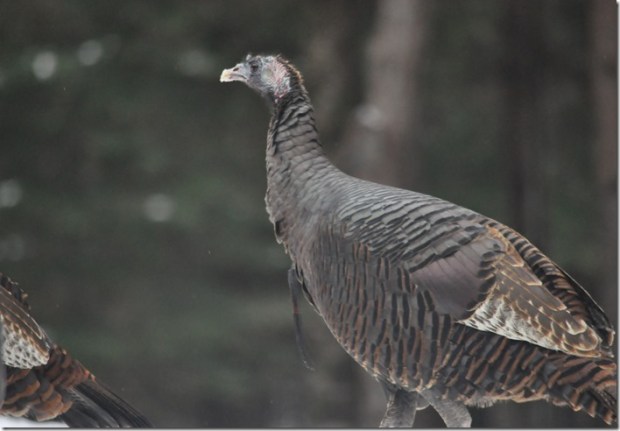