Wild turkeys make more than twenty vocalisation or calls.  They all express a meaning or emotion which they understand. 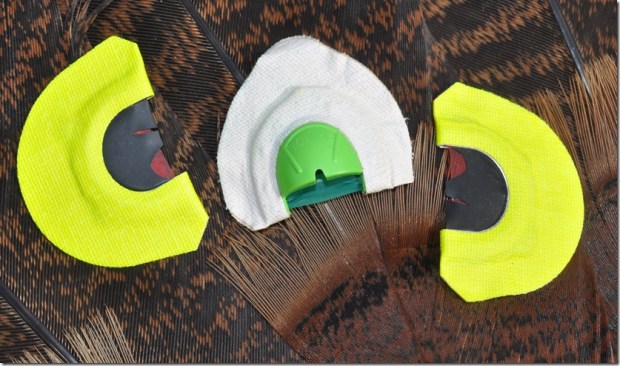 You don’t have to know all those calls to call in a turkey but you should be able to yelp, cluck, purr, cutt, cackle and gobble authentically when the situation requires it.

Good calling is knowing  which sound to make, and what caller to make it on, at the right time, as well as being able to make that call sound real to a turkey.

Wild turkey talk is always in context or affected by what is going on in the turkeys world at the time they call. The right call in context makes sense to turkeys and gives them confidence to investigate the call.  Calling out of context or at the wrong time or place sounds bogus to turkeys and fires up their wary gene.

For example, the purring sound which turkeys make is often thought to express contentment because we know cats purr when content.  But, the turkey purr really expresses mild irritation.  Turkeys purr when their space is being infringed upon by another turkey.  They purr to keep themselves spaced out comfortably in the flock.

In the video below you will here a jake purr.  It’s not because he is content.  It’s because the trail camera is infringing on his space and he doesn’t like it.  He shows it to by pecking at the camera. Whether he sees his reflection in the lens and believes it’s another turkey, or he just doesn’t like the camera, I don’t know, but he is not shy about expressing his irritation.

Knowing the meaning of the calls is as important as being able to make them well. Get concise instruction on how to make all the essential turkey vocalisation on box calls, pot and peg call and mouth calls. And learn what they mean and when to use them. Learn the language to improve your success rate in the turkey woods.  Its all in the eBook, How to Hunt the Wild Turkey.