This jake, caught on trail camera, seems to have a second beard emerging. 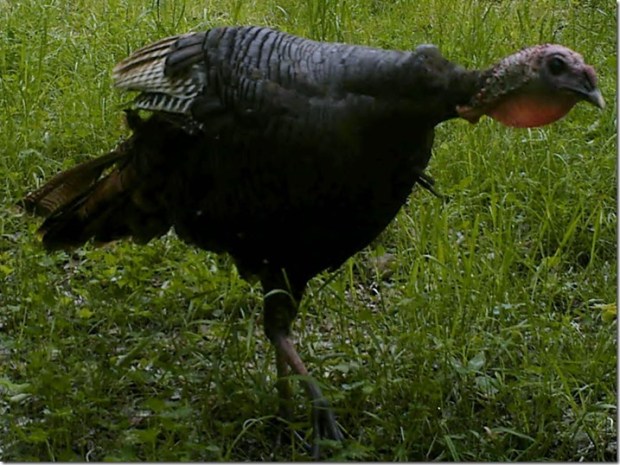 I can’t tell for sure if its a second beard or some other anomaly like a ruffled feather sticking out, or some debris caught in its feathers.

Time will tell when I see him again. It nice to think that there is a potentially, a double bearded tom in the making, in my neck of the woods.

A tom’s beard is  a modified feather that emerges from a featherless, raised oval on the skin called a papilla.

When scoring a tom with multiple beards , the method used by the NWTF, official keeper of turkey records, is to measure the length of each beard, from the skin to the tip of the longest bristle,  then add them together and multiply by two. Multiple bearded toms are in a separate class called atypical.

Less than ten percent of toms will have more than one beard.  Up to eight have been recorded.